Where to Buy Lobster from Canada

Canada is famously known for it’s cold water lobster but where can you find the best lobster? Lobster can be primarily found on the east coast of Canada. Although in the 1950’s the Federal government did throw 1,000s of lobsters into the waters off of British Columbia hoping they would flourish. It did not succeed. While there might be some surviving lobster around from then or from others liberating them from Vancouver restaurants, there is not enough to have a lobster fishing industry on the west coast of Canada.

Lobster is mainly fished for off the coasts of Nova Scotia, New Brunswick and Prince Edward Island but it can also be found off of Newfoundland and Labrador, and Quebec. Here are my suggestions on the best places to buy lobster from Canada.

Where Can I Buy Lobster From Canada

If you are wanting to buy delicious east coast atlantic ocean lobster from Canada and you are outside of Canada or the US then check out the Lobster Council of Canada website. They have a great list of all of the lobster processors, live lobster shippers and retailers on the east coast of Canada that ship worldwide. To ship outside of Canada and the US however you might have to buy quite a large quantity.

It is always lobster fishing season in Nova Scotia with the seasons rotating around the province to help with sustainability. I am biased but I say that the best lobster from Canada can be found right here in Nova Scotia. It’s always sweet and delicious and tastes just the best cooked fresh with ocean water and dipped in warm butter. If you ask a local the best place to get Nova Scotian lobster is probably from a fisherman that they know fresh off the boat at the wharf. But if you are just visiting and don’t know how or have the tools / setup to cook your own lobster there are many great places to try lobster in Nova Scotia of course.

Where to try the best lobster in Nova Scotia?

One of the best places to enjoy lobster in Nova Scotia is at the Halls Harbour Lobster Pound. You can enjoy lobster with a local craft beer or wine and book a tour of the lobster pound too. At the Halls Harbour Lobster Pound in the Annapolis Valley they serve everything from lobster dinners to lobster rolls, lobster nachos and more. If you want to be more hands on take a lobster fishing boat tour with Bay of Fundy Scenic Lobster tours just outside of Digby, Nova Scotia.

In the month of February head to the south shore of Nova Scotia to celebrate the Nova Scotia lobster crawl. 14+ plus restaurants from Peggy’s Cove to Barrington celebrate the festival with delicious lobster rolls, lobster chowder, lobster mac n cheese dishes and more. You can enjoy a tasty lobster roll pretty much everywhere in Nova Scotia. Some great spots however are Dave’s Lobster on the Halifax waterfront, at the Rhubarb Restaurant near Peggy’s Cove or head to Antigonish to eat a lobster roll at the Back East Seafood food truck. For a truly Nova Scotian lobster boil experience then head to the Shore Club in Hubbards, NS in the summer for a traditional lobster dinner.

READ  A Day At The Sensea Nordic Spa

How to Get Lobster from Nova Scotia?

There are great places to eat lobster in Nova Scotia but can you take it home with you? Or can you get it shipped to you? Yes and yes. Clearwater Seafoods in Bedford, NS can ship fresh east coast Canadian lobster to anywhere in Canada or the US. Or stop by their store in the Halifax International Airport outside of security and grab some lobster to go. They will pack live or cooked lobster for you in a box that you can carry on to your flight. Then you can have delicious lobster as soon as you get home.

Another great lobster shipping company that ships across Canada is Your Lobster Pot. You can order as little as 2 lobsters to as much as 100 pounds of lobster at a time. They also offer lobster accessories that you can add to your order for an east coast Canadian lobster dinner experience.

Nova Scotia Lobster prices are constantly changing. On a good day they could be $9 a pound or on a bad day $18 a pound. Typically the price doesn’t fluctuate that much but in 2022 anything could happen. The cost of fuel and the demand in foreign countries for Canadian lobster can cause the cost to change a fair bit. Depending on the time of year, the weather, water temperatures and how plentiful or not the catch is all affects the price too. One good thing however is that all of the lobster fishermen sell off the wharf for the same price. Then it gets to stores and sellers and they add a couple extra dollars on. So buy your lobster as close to the source as possible for the best price.

As I write this in April 2022 the price for lobster was $18.99 a pound last week but today it has dropped to $14 a pound. By next week they are guessing it will be down to about $12.00 a pound. For a lobster roll at a restaurant however you will probably on average pay anywhere from $18 to $25. To enjoy a lobster dinner at a local restaurant it will most likely start at at least $30.00 per plate. The costs of a lobster dinner always varies depending on the current market price. Whatever the price of Nova Scotian lobster however it is so delicious and worth it.

Although Nova Scotia lands the most lobster (40% of Canada’s yearly catch) and Barrington, NS is the Lobster Capital of Canada, New Brunswick claims that they are the lobster capital of the WORLD. Shediac, New Brunswick claims to be world renowned when it comes to lobster so much so that they even erected a monument of a HUGE lobster sculpture and it is said to be the largest lobster in the world. They do in fact process more lobster than Nova Scotia, but thats partly because a lot of Nova Scotian lobster is sent there to be processed for shipping as well.

Shediac, NB opened it’s first lobster processing plant back in 1861. In 2022 year they will be celebrating the 73rd, Shediac Lobster Festival. There are many great restaurants and places to buy lobster from in New Brunswick. Visit the Shediac Lobster Shop to buy in person or to buy online for shipping around the world. Visit Euston Park Social, the Sandbar or Chez Camille restaurants in Shediac for some of the best lobster rolls around.

READ  The Best Lighthouses in Nova Scotia to Visit

Being the smallest province in Canada, PEI actually lands the same amount of lobster each year as New Brunswick. The majority of PEI lobster is exported, however there are still tons of great places to enjoy lobster on the island. You can find lobster rolls almost everywhere and I have actually written a post on where to eat the best lobster rolls in Prince Edward Island. A few great places to check out for a traditional lobster supper are New Glasgow Lobster Suppers, Fishermans Wharf Lobster Suppers and Cardigan Lobster Suppers.

PEI has two lobster fishing seasons May to June and August to October but you can buy lobster year round. For a list of places to buy fresh PEI lobster click here.

Lobster from Newfoundland and Labrador

At one point there was so much lobster off of the coast of Newfoundland that during big storms lobsters would be thrown up on the beaches by the waves and be found all over the place. Lobster back then was considered poor mans food, was fed to prisoners and was used as potato field fertilizer. Once the technology and the canning process grew in popularity people realized the potential value of lobster and they began canning it and shipping it around the world. These days the lobster fishing industry in Newfoundland is smaller than at it’s height of popularity but in recent years it is becoming more popular again.

The lobster fishing season in Newfoundland and Labrador is from April to July and covers 14 different fishing sections. To buy Newfoundland Lobsters to be shipped anywhere within Canada check out NewfoundlandLobsters.com. Lobster isn’t nearly as popular of an item on food menus in Newfoundland as it might be in other provinces. Due to the cold waters they live in many claim Newfoundland lobster to be some of the most delicious. If you happen to come across a lobster roll or lobster dinner during lobster season be sure to give it a try.

Along the coast of Quebec there are also prime lobster fishing areas however the Quebec owned Îles de la Madeleine (Magdalen Islands) off the coast of PEI might be home to their best lobster. In the islands lobster fishing season is April 31 to June 30th. For the rest of coastal Quebec in the Gaspésie, Cote Nord and Bas-Saint-Laurent regions the season fluctuates between May to August.

The majority of the lobster caught on Îles de la Madeleine is exported to foreign markets. With only 13,000 people living on the islands lobster fishing is also one of the main economic incomes. Over 1,000 of its residents are involved in the lobster fishing industry. Lobster season also kicks off the start of the tourism season on the islands so there is much to be celebrated. To make sure you can try the delicious Îles de la Madeleine lobster be sure to visit from May to July.

Restaurants around Montreal, Quebec City and other parts of the province will have fresh lobster on the menu. But if you want to grab some great Quebec lobster on the mainland then be sure to visit the Gaspésie Peninsula and specifically Percé.

All lobster from Canada fished off of the east coast is delicious no matter what you end up trying. You will quickly learn that every province you visit claims to have best. Whether you get fresh lobster from Canada shipped and delivered to your door or you get a chance to visit and try it on location you won’t be disappointed. 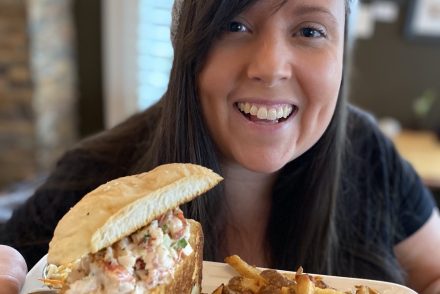 Supporting Local in Nova Scotia During the Pandemic 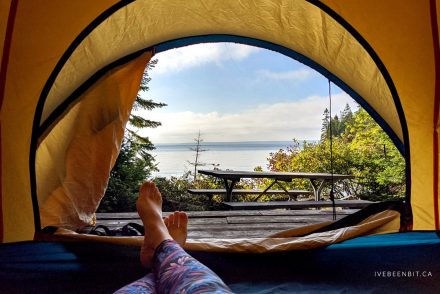 The Best Campgrounds in Canada 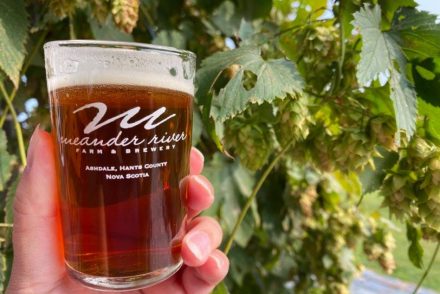 A Guide to Ferries in Nova Scotia