Nova Scotia Breweries seem to keep popping up all over the place in recent years. The province is now home to over 50 craft beer breweries from Shelburne to Cape Breton and everywhere in between. Some breweries grow their own hops, others source local fruits and honey, some import the finest ingredients from around the world and others are working hard to promote diversity in the industry. All of them together are making some delicious brews that must be celebrated.

Whether you take a road trip across the province and follow Taste of Nova Scotia’s Good Cheer Trail or spend 30minutes browsing beers in the back of a NSLC (Nova Scotia Liquor Commission) fridge you have to give them a try when you visit. There are small batch producers like Meander River Farm & Brewery and large scale ones like Propeller and Garrison. All of them together make delicious beer that Nova Scotians are truly proud of.

To help you discover some of the very best Nova Scotia Breweries here is a guest post from award winning journalist Sara Ericsson.

So here’s the thing — I love craft beer. And, in particular, craft beer made in Nova Scotia.

There is something about the brews made in our province that makes them stand out against the competition. Not just a little, but a lot. And I say this having tried a lot of the competition. Don’t get me wrong though — many other beers are fine and dandy. But when I’ve got a Nova Scotia craft beer in hand, I know I’m in for a great time.

A big part of what makes each Nova Scotia beer so great is the amazing people who work to make them happen. These are people who pour (pun very much intended) their heart and soul into brewing beer their customers will love.

This list is but the tip of Nova Scotia’s craft beer iceberg, and showcases breweries across the province that offer something for everyone, everywhere in Nova Scotia.

They’re one of the biggest players in Nova Scotia’s craft beer industry and it’s no secret why. Boxing Rock Brewing Co. has brewing craft beer down to a science, which should be no surprise, as both of the Shelburne brewery’s co-owners, Emily Tipton and Henry Pedro, are chemical engineers.

Whether it be down to their chemical finesse or love for beer, it doesn’t matter, as Boxing Rock somehow produces brews that impress seasoned customers and new ones as well. But there is one brew that reigns as the crowd favourite, as well as my own: their Hunky Dory Pale Ale.

This refreshing take on the traditional lager style adds citrus zest and green tea during its brewing process, which is no doubt to blame for the punchy flavour you taste with each sip.

With a story like no other behind its name, Roof Hound seemed destined to take off from the beginning. Combine that with owner Les Barr’s time on MasterChef Canada, and you’ve got massive potential for success.

It all began just outside the town of Digby, where Roof Hound brewed its beer until its recent move to Kingston. Barr’s quirky takes on traditional beer styles have produced crowd-favourites the Big Stink IPA and the Keltic Devil porter, along with others based on non-traditional brewing flavours, like the Mojito Sour that at one time graced its tap list.

Barr doesn’t shy away from much and it’s evident in his beer, which is nothing short of bold. But even though it pushes boundaries, it also offers something for all levels of craft beer consumers.

Did you know that a craft brewery can be organic-certified? There are a few such breweries in Nova Scotia, one of which is Tatamagouche Brewing Co.

The team really seems to never do any wrong, delivering a line of craft beers that deliver fresh, clean flavours across all varieties. The brewery has also produced one of the best-tasting sours known to man (or known to me) in its Jitney Dry Hopped Sour, which I would wager a bet will become your next favourite sour, if you’re into that kind of thing.

The brewery has helped put Tatamagouche on the map for a whole new generation of Nova Scotians, who perhaps had never visited that section of our province. And with a merch shop that could rival that of a brewery thrice its size, there are so many reasons to go check it out.

They may be one of the newer players in Nova Scotia’s craft beer scene, but that hasn’t stopped Two Islands Brewing from delivering a craft beer product that its community has grown to love, quite quickly.

The craft brewery started out with four flavours: By the Bay Blonde, Sailor’s Delight Irish Red, Parrsboro Porter and my favourite, the Fundy Fog American Pale Ale, which is easy drinking for those new to craft beer, yet also a beer seasoned craft consumers enjoy.

The brewery shares its building with the Rising Tide Bakery, with a movable wall separating the two. This unique feature makes this a place to visit, even if you don’t yet enjoy beer.

This brewery made headlines when it crashed onto the Wolfville pub scene in 2019, jumping into the brewing scene with remarkable agency to brew top-notch beers. This feat has seemed easy for The Church Brewing Co., which seems to effortlessly produce a stellar lineup of brews.

My favourite Church brew may be due to my own personal biases towards this unique IPA flavour, or down to the brewery’s crafting skills. Regardless of the reason, its Mayflower White IPA is to die for, presenting a seemingly perfect balance of neutral and bitter beer flavours.

Whether it be the white foam that famously tops white IPAs such as this, its hazy golden hues or that distinct taste that’s just barely hoppy, it is definitely worth trying out.

Halifax is a craft beer brewing hotspot, and home to the province’s industry veterans like Garrison and Propeller, along with breweries that have opened more recently, like 2 Crows Brewing Co. who, despite opening just four years ago in 2017, is constantly pushing the brewing envelope.

Its forward-thinking brews are applauded by consumers and critics alike, and currently include the Vitis Lager with Riesling Piquette collab with Lightfoot and Wolfville, along with its community-minded Good News collab brew with Change is Brewing Collective.

The collective was formed to promote racial inclusion within Nova Scotia craft brewing, and this collab brew is helping do just that. This makes this beer a great cause to support, and also the beer to drink this summer, with its mango and raspberry flavours that are perfect to enjoy in the sun.

Tried and true IPA lovers can rest easy in Nova Scotia, knowing our breweries are also still in love with hoppy brews that began taking off almost a decade ago. Among these breweries is Tusket Falls Brewing Co., where the hoppy beers are its best beers.

Among the standouts is its Hazy IPA with Mosaic and Citra Hops, which packs a meaner punch than your typical IPA, with a more complex flavour profile making it easy to sip and savour.

This brewery also just opened up a new location in Halifax, meaning craft beer lovers can now enjoy it right from the source itself in both southwest and central Nova Scotia.

If you’re looking for a craft beer that stands out, while playing it safe, you can generally aim for any German-style brews, which aim to please and certainly never disappoint. It’s also a style many Nova Scotia craft breweries have down pat, including Breton Brewing Co. in Sydney.

The brewery is more than just a place to stop as you make your way around Cape Breton Island, working your way over to Sydney from the Cabot Trail itself. Its brews have a reputation for getting straight to the point, flavour-wise, and I love that about them.

I have a major soft spot for hefeweizens, and for Breton Brewing’s Stirling Hefeweizen in particular. With notes of banana and clove that may sound strange, but pair perfectly together in the glass.

This brewery is something special. It sits in this hidden corner of the province, not far from the town of Windsor, along this beautiful, magical, meandering river. Do you see where I’m going with this?

As its name suggests, Meander River is as much a farm as it is a brewery, with its craft brewery and taproom surrounded by lush gardens filled with lavender, hops and countless other plants.

Its brews are also special, featuring beautiful flavours brewed via a crafty approach. The brewery’s prioritizing of quality, farm-fresh ingredients has resulted in cult classics like its Ashdale Honey Brown, with combined sweet and bitter notes making it a standout.

Editors Note: These are just nine of Nova Scotia’s best craft beer breweries but there are so many more to enjoy and explore. Check out the Taste of Nova Scotia Good Cheer Trail to learn about even more.

Sara Ericsson is an award-winning journalist, content editor and writer based in Halifax, Nova Scotia. Her stories have been published across the Atlantic and Ontario, appearing in East Coast Living magazine, in The Chronicle Herald and numerous other SaltWire Network publications. Outside of writing, Sara can be found taste testing beverages of all kinds or thrifting her way across the province, finding one-of-a-kind items to share on her Instagram account, Dappled Vintage. 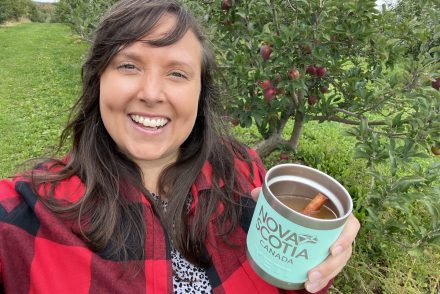 Ultimate Guide for Fall in the Annapolis Valley 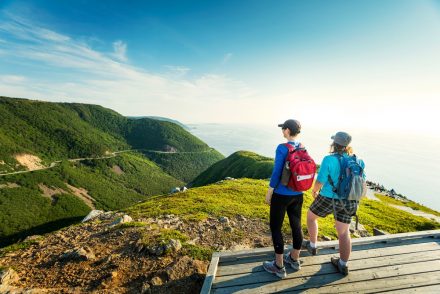 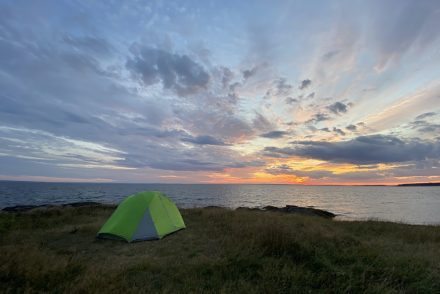 The Best Places to Go Camping in Nova Scotia

The Best Guide for Exploring the Eastern Shore of Nova Scotia

A Guide to Restaurants in Lunenburg, Nova Scotia